Before implementing water diversion products into real-world situations, the United States Army tests their effectiveness in controlled scenarios. In 2004, the U.S. Army Engineer Research and Development Center (ERDC) was enlisted by congress to “devise real-world testing procedures for … promising alternative flood-fighting technologies.” After constructing a muscle wall barrier protected by a geomembrane liner, real-world flooding simulations were conducted with positive results.  The barrier proved to be an effective flood protection solution against high and low water levels with small and large waves, even with floating debris in the water.

In the field, a case study was created on the use of Muscle Wall for shoreline development in Southern California. The study was conducted by ENGEO, a geotechnical, environmental, water resources engineering, and construction services company. After installation, ENGEO conducted an ongoing study evaluating performance for flood control, sediment control, stormwater control, and liquid containment.

The Muscle Wall barriers used by the ERDC consist of a low-density polyethylene plastic manufactured into an L-shape design. Using 4-foot by 6-foot muscle wall sections, 4 men from the ERDC constructed a flood barrier within 7.5 hours. The wall units were joined together by locking the male-to-female connectors together and two support beams were attached to the face of each wing wall. The 3 barrier sections were secured by ratchet straps to cinch wall units together.

The barrier was covered with two sheets of the plastic liner from the front (the waterside), across the top, and up to the rear side ( the dry side). Metal 4-foot-long clips and heavy-duty adhesive tape were used to hold the liners in place. An additional rough orange geomembrane baseliner was used to promote friction. The structure was built within a warehouse capable of filling with water and creating waves to simulate a real-world flooding scenario.

The ERDC testing procedure involved several hydrostatic tests simulating various flooding conditions to gauge the effectiveness of the geomembrane liner-protected Muscle Wall. The first test pumped water in the surrounding area of the water diversion barriers to a height of 1 foot, 2 feet, and then the entire height of the structure. The amount of seepage through the barrier as well as the barrier’s movement was recorded during each process. At the maximum depth level, the barrier sections only moved around 3 inches and water seepage through the barrier was minimal. The Muscle Wall was able to bend under pressure and revert back after drainage.

Tests were then carried out simulating small, medium, and large waves with both high and low water levels. There was no noticeable movement of the flood barrier walls during these simulations. Overtopping tests were conducted by raising the water level of the basin to the point where water flowed over the barrier at an average depth of 1 inch. Throughout the test, the Muscle Wall was able to retain structural integrity and experience no observable damage.

Debris impact tests were also carried out to see how well the barriers could withstand the impact from floating debris. Logs that weighed 601 and 790 pounds dry were towed into the barrier at 5 miles per hour. Neither log caused any observable damage. Riverine current tests were also carried out by installing a guide vane along the right wall of the barrier to direct water flow. No damage to the barrier nor significant seepage or movement was observed during the current test. The post hydrostatic test showed that hydrostatic forces did not move the Muscle Wall past the 6 in maximum permanent deflection standards. After all testing, it was concluded that “The 4-Foot Muscle Wall barrier system proved to be an expedient and effective flood barrier.”

The ENGEO project involved the construction of a temporary retaining wall and a liquid waste containment barrier where a silt fence was previously constructed along a Northern California waterway. High winds and construction traffic required constant upkeep of the silt fence so a 4-foot tall Muscle Wall was constructed to replace it. The job site was constantly undergoing direct power compaction, surcharge placement, deep soil mixing, and vibratory tamping. This required a more protective form of perimeter control to protect the waterway from spilling sediment. A 2000-foot Muscle Wall was constructed to hold back 4 feet of surcharge soil while acting as a liquid waste containment barrier for the deep soil mixing. 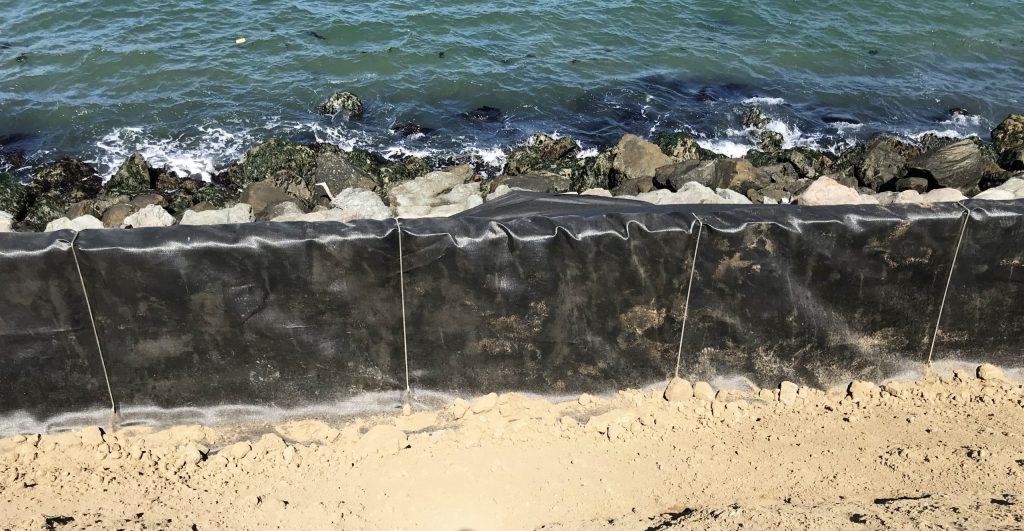 ENGEO found that for the purposes of sediment perimeter control, liquid waste containment, and as a temporary retaining wall, Muscle Wall showed to be an effective best management practice (BMP) for each application. The barrier was able to be constructed quickly and it was resilient and durable for its purposes. They also carry the benefit of sustainability, as the wall segments will eventually be recoverable and reusable on other projects. 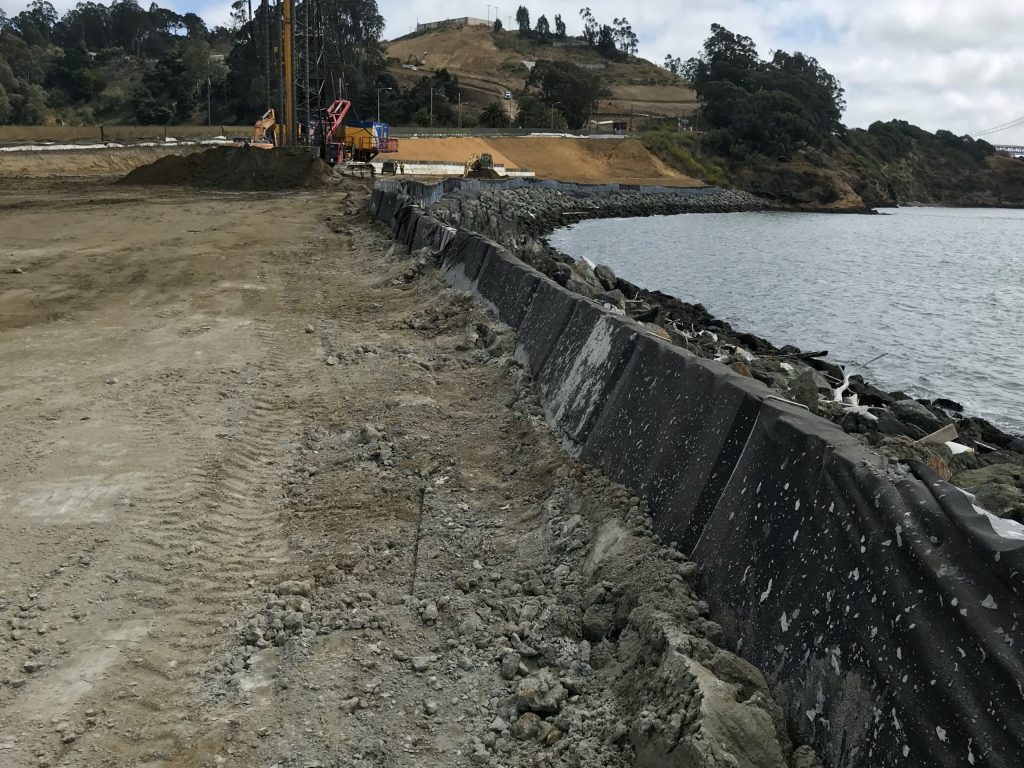 The liners used on these projects were supplied by the experts at IWT Cargoguard. Founded with the purpose of developing products to protect our environment, IWT Cargo Guard’s mission is to provide the most cost-effective products for your project. By quickly analyzing the products and services required for the project, we become an extension of your estimating department. Contact us today to discuss your project and how we can work together to protect and strengthen our environment. 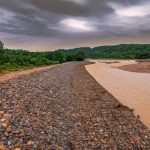 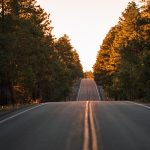